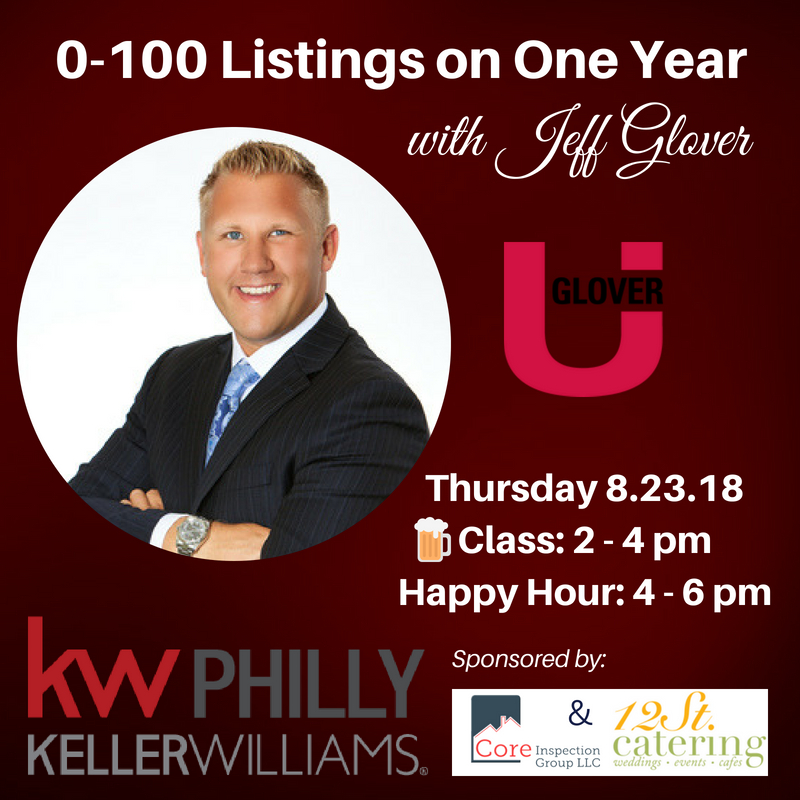 Jeff Glover started his real estate career at the young age of 19. With a strong focus on learning how to sell, prospecting, and presenting, Jeff Quickly became the top agent in his office. After selling 30 homes in his first year in the business, he was sought out by the largest Coldwell Banker firm in MIchigan to manage one of their offices. After becoming the top recruiter for two years in a row in that office, the 17 office firm with over 600 agents promoted Jeff to their director of Training and Recruiting. After a few years in that role, Jeff started what is known today as Jeff Glover & Associates, and in 2009, he took his team to Keller Williams. That team is now made up of over 25 agents selling over 1,000 homes per year. Jeff is known industry-wide as a top sales trainer and professional speaker. From his years of experience, trial and error, Jeff has learned the best practices for taking a Real Estate business from 0-100 and making his associates as successful as possible. Jeff not only talks the talk, he also walks it, at an average of 150 closings per year for himself personally.